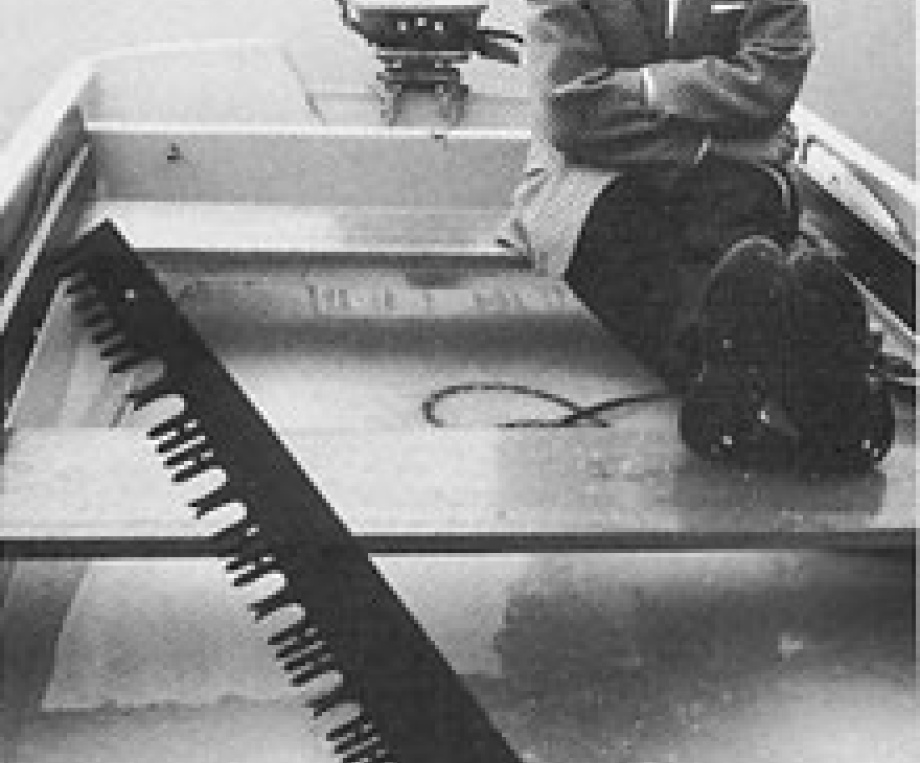 In the mid-1950s, Dick Fisher conceived the idea of a balsawood pram that would weigh about 15 pounds. “I never built it,” he said, “but in 1954 1 saw an announcement for a foamin-place foam kit. ‘Aha!’ I said, ‘Synthetic balsa wood’. (”Richard T. "Dick" Fisher graduated from Harvard University in 1936 with a degree in philosophy. He ran a company that produced electrical components, however he had always been interested in building small, lightweight boats out of balsa wood.)

Fisher and Bob Pierce built what they felt was an improved Sailfish out of foam and epoxy and showed it to Ray Hunt. “That’s all right,” said Hunt, “but if you want something to build in quantity, why don’t you try an outboard?” A good business judgment. What evolved was the 13' Boston Whaler, first as a Hunt design that resembled a little Hickman Sea Sled, then with variations of a central hull with sponsons on either side. “We put the third element into it, then Ray put in a different third element, then we tried another...” said Fisher.

The design of the Boston Whaler is a good example of how Ray Hunt often worked—a clear idea realized in a prototype, then modified with input from others.